What are Hashtags (#) and How to Use Them on Social Media 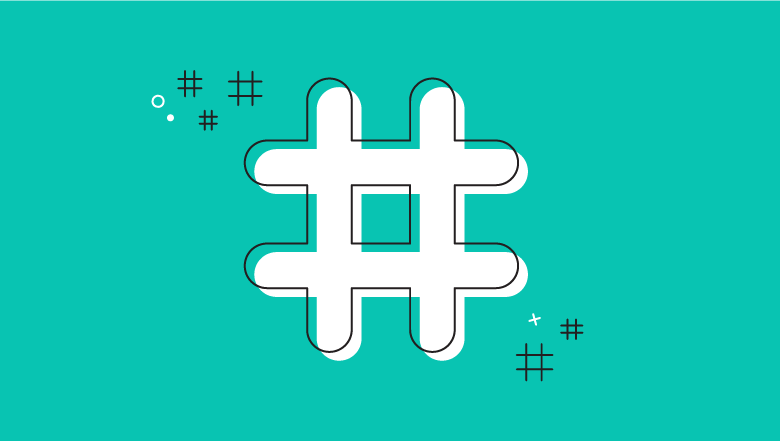 What are Hashtags (#) and How to Use Them on Social Media

Once upon a time, the ‘#’ was a simple pound sign or hash mark. However, since 2007 when the hashtag was first used by social technology expert, Chris Messia, the pound symbol has become the universal symbol for social media. Hashtags are an extremely useful way to not only categorize data, but also connect with powerful conversations. In this ultimate guide to hashtagging, we break down the use of hashtags on Facebook, Instagram, and Twitter, and introduce the best hashtagging practises that every marketing and PR professional should know!

You’ve seen them all over the internet — but what exactly are hashtags and what purpose do they serve? A hashtag is a keyword or phrase preceded by the hash symbol (#), written within a post or comment to highlight it and facilitate a search for it. For example, the phrase #GoTeam is a hashtag. Creating a hashtag is thus as simple as typing the pound sign and adding keywords behind it.

Hashtags are a way for social media platforms to index conversations made on the same topic by different users. For example, the hashtag #DogLovers groups posts and discussions about… well, dogs! By making content more searchable and accessible, this feature significantly enhances the user experience.

Why should you use them?

Thanks to hashtags, your posts aren’t limited to just your followers. Just by adding one of these bad boys, your content will be accessible to all other users interested in similar topics who search for your hashtag. In recent years, hashtags have been at the forefront of global movements, events, and trends. Here are some examples of the use of hashtags over the years:

However, just because hashtags are useful doesn’t mean they should be used indiscriminately. Littering your posts with hashtags could make your content less effective. In the following portion of our guide, we outline how you can utilize hashtags on Twitter, Facebook, and Instagram.

How to use them wisely?

To create a hashtag, all you need to do is include a ‘#’ and a relevant keyword or phrase. This, you already knew. But what you didn’t know is that not all hashtags are born equal. In fact, they are only powerful when handpicked and used wisely. Here are a few crucial general tips that apply to all social media and businesses:

Keep it short: Don’t squish too many words into one hashtag, it’ll give people a headache. Nothing turns someone off more than overly lengthy hashtags – #YouDontWantToDoThis.

Don’t overuse: Another thing you want to avoid is writing your entire caption with one hashtag per word. #Because #its #not #really #fun #to #read #like #this #is #it? The number of hashtags you can allow per post depends on each channel. But as a general rule of thumb, only put an hashtag next to words that are really significant.

Think strategically: When a hashtag is overcrowded, you can be sure that your content will go unnoticed. So it’s highly recommended to mix content hashtags with a high volume, with other hashtags that are more specific. For example, let’s say you have a restaurant and you want to post a picture of your latest shrimp dish on Instagram. #Food is an obvious choice, but with over 258 millions posts using it, you have no chance to stand out. Try and find more ‘niche’ hashtags, such as #shrimp or #shrimpday. As always, a little research will go a long way.

Twitter is the birthplace of the hashtag, and this function serves both to index tweets and threads and also to increase sociability on the platform. Popular Twitter hashtags are featured prominently on the platform’s website and app as a means of denoting current trends.

Hashtags are also displayed as top trends on Twitter’s main page. Users are able to explore top trends in their own locale as well in other countries.

Apart from using Twitter to maintain their brand presence and participate in discussions, marketers can also make use of tags to promote their campaigns and increase follower engagement.

For example, the NFL printed user-submitted Tweets into confetti, which was then used after the final SuperBowl game. This added an interactive element to the game and allowed fans and followers from all over the world to be involved in the action.

Brands that pay close attention to trending hashtags on Twitter may also use them to make a powerful statement. For example, the explosion of #BlackLivesMatter saw it being used over 47.8 million times. Many brands were quick to display their solidarity with the movement — all while being keenly observed by netizens.

Companies that choose to take a stand on social media must be aware that they can be held accountable for their words — brands should take care to formulate actionable policies and follow through with their statements to avoid losing the support of their followers.

Users are able to use the search bar on Facebook to access hashtagged posts on public accounts. While the majority of posts on Facebook are limited to an account’s personal audience, hashtags may still be useful for brands looking to make their campaign posts more searchable.

This function, however, works great for video content as it helps redirect viewers to more videos from the same content series or channel.

As such, while Facebook hashtags are still useful for cataloging purposes, they should be

used sparingly and purposefully to maximize their impact.

Instagram users can search for them through Instagram’s search bar. This displays a hashtag feed for that tag. Posts are organized according to top posts or recent uploads. Followers of a certain hashtag are provided with an update of a few top posts each week.

Unlike with Twitter and Facebook, where individuals and brands use hashtags rather sparingly, Instagram is a platform where more is, in fact, more. Influencers and brands want to keep their content as visible and searchable as possible. This often means that companies include their own branded hashtag in their posts. In addition, with new FTC regulations, influencers are now required to explicitly disclose their collaborations with brands — and hashtags are a way to do that. Think #ad, or #sponsored.

In addition, trending topics and themes are also a big part of hashtagging on Instagram. Popular Instagram hashtags related to fashion, beauty, or fitness house millions or even billions of posts.

However, this doesn’t mean that brands should use 30 hashtags in every post. Posting multiple irrelevant hashtags could well mean that your post does not appear at all (the infamous shadowband).

Things to note when using hashtags

Now that we’ve established how hashtags work on various social media platforms, you may be eager to start reaping the benefits of these tags — and while hashtags are indeed an invaluable part of PR and marketing efforts, there are still some pitfalls that must be avoided:

Although it is difficult to avoid using tags that rank multiple accounts, it is crucial that brands use interesting and appropriate hashtags for their campaigns or product releases. These tags must fit their respective intentions and audiences to get the best results!

Sorry, the comment form is closed at this time.